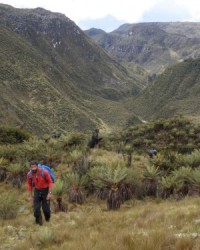 Following the success of the 3 part BBC series, Richard’s documentary on his record making 737 Challenge has been repackaged as an hour long documentary which has since been snapped up by broadcasters and companies around the globe.

As part of Discovery's ‘Exploring the Limits’ month, Conquering The World will be on Discovery World (Europe, Middle East and Africa) tonight at 20.00gmt/21.00cet/22.00cat.  Sadly this is not airing on Discovery UK at the moment but goes out across much of the rest of Europe (Southern, Central, Nordic and East), East Africa (Cairo to Cape Town), UAE and Saudi Arabia.

Please check your local listings for times and channels this evening.  It will also be repeated on Friday.

Also this month British Airways passengers will be able to watch Richard’s Conquering the World documentary on board BA flights.   For more details click below or check out BA’s High Life Entertainment Magazine.