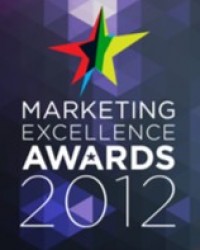 We are proud to announce that our design partner Limegreentangerine on behalf of Richard Parks’ 737 Challenge has been named as a finalist for a CIM Excellence Award in the Not for profit category and the SME category.

The prestigious awards will be held at Grosvenor House Hotel in London on 6 March 2013.  In 2011 Limegreentangerine won a Cardiff Design Festival Award for the ‘best campaign’ and also won the CIM Canmol Wales Marketing Award 2012 for their contribution to the 737 Challenge.

This follows a year of accolades and awards for Richard Parks, which has seen him win Just Giving Celebrity Fundraiser of the Year, the Rugby Writers' Club Special Award, awarded The ‘Chancellors Medal’ by the University of Glamorgan, and an Honorary Fellowship by the University of Wales.  He carried the Olympic Torch and was also named in the top 100 most influential people in Wales and invited to meet the Queen at Buckingham Palace.

Richard stated; “It has been an incredible year and I'm amped that once again the amazing work of my design partner Limegreentangerine and all the hard work that the 737 Challenge team has put in has been recognised.  Of all the achievements from the 737 Challenge, the thing that I am most proud of is what a small team of hard working, talented and passionate volunteers has achieved.”

He added; “I am very proud of the design work that Limegreentangerine have produced for my 737 Challenge. The branding, design and marketing of my 737 Challenge have been a vital cog in the success and fundraising legacy of the challenge. LGT and the challenge's PR Manager Tracy Pinder have helped create an advertising value equivalent of £2.1 million and media which has produced 63.8 million opportunities to see the challenge world wide, which has been an incredible platform to promote the amazing work of Marie Curie Cancer Care.”

Beverley Rees, Account director at Cardiff based Limegreentangerine stated; “Off the back of winning a CIM: Canmol Award, we were delighted to hear that we've been shortlisted in two categories for the forthcoming National CIM Marketing Awards.  The 737 Campaign was a once in a lifetime opportunity to work with some truly amazing individuals and companies, which was only surpassed by Richard's grit and determination to complete the challenge ahead of schedule.  To be finalists alongside the likes of McCann, British Red Cross, M&C Saatchi, Shell, Confused.com and BT is a huge accolade to all of the team that worked on this campaign."

Finally Richard added; “I joked during my early meetings with Bev and Andy at the LGT studios that they wouldn’t be able to get rid of me! We have come along way since then, and I feel like part of the family now! I'm sincerely grateful for the support I've had from Limegreentangerine and proud to continue the creative journey in developing my new website and working together with the Limegreentangerine team on Project X."

View the finalists of the CIM Excellence Awards