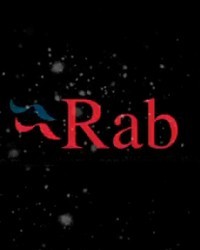 Rab, the world-renowned climbing and mountaineering equipment manufacturer, today announced it is to become the ‘Equipment Sponsor’ of the world-first 737 Challenge, led by former international rugby player, Richard Parks.

Rab clothing is synonymous with polar exploration and high altitude mountaineering. The gear is designed to work in the most extreme conditions and is critical to preserving life and limb, making it the perfect equipment for Richard’s expedition.

“I am really excited and proud to be working with Rab. I will have to perform in the world’s most hostile environments, where the technical performance of my clothing will ultimately keep me alive. Rab gear not only looks great, but has been proven to perform in these very environments time after time.”

“We are delighted to be sponsoring Richard. We were so impressed with his passion, tenacity and dedication, as well as amazed at what he was planning to undertake, and we wanted to provide him with equipment he could trust to ensure he can successfully complete the Challenge.”

“Richard is also planning to raise £1 million for Marie Curie Cancer Care through the Challenge, a big factor in why we chose to sponsor him. We hope we will be able to advise him through our in-depth knowledge of the environments he will face and we wish him much luck with his journey.”

Richard will be leaving the UK in December 2010, and is intending to start the clock on the South Pole on 1st January. His final ascent will be Mount Elbrus in July 2011, 7 months later.